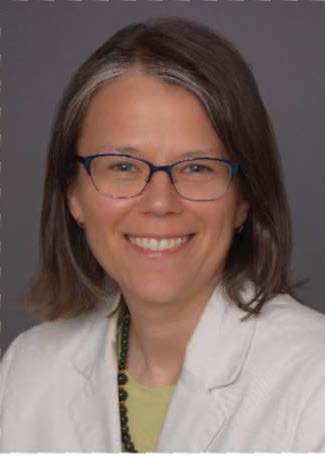 Yours truly is proud to report that as of May 10, 2020, I have completed my Master of Laws degree (LL.M.) in Estate Planning, with honors. The adventure began in 2015 when I applied to the John Marshall Law School, now part of the University of Illinois at Chicago, for its online master’s program. I completed 24 credits in federal estate, gift and income tax, estate planning, trust and estate administration and ethics. It was by no means easy to come home from a full day, or week, of work and to crack open the Internal Revenue Code, treasury regulations, textbooks, etc. and study and do homework.

I have practiced in the areas of probate and estate administration and litigation since 2002. Estate planning was the perfect complement to my expertise in those areas of law. Since 2015, I have been assisting clients with preparation of estate plans, drafting trusts, wills and powers of attorney to facilitate planning for disability and the end of life and the transmission of wealth to the next generation. I am gratified to have had the opportunity to deepen and broaden my experience by additional academic training, and I look forward to bringing this knowledge to bear in helping my clients.

Gifting in a Time of Uncertainty

Many are gifting their assets to family members, friends, and their communities in order to assist them through these difficult times. As discussed below, the timing of such gifts may benefit the donor as much as the recipient.

Some basics: Gift taxes and estate taxes are linked in the federal tax system. In other words, these taxes share the same basic exclusion amount (BEA) that an individual is allowed in computing their federal gift and estate tax. The current BEA adjusted for inflation is $11.58 million per individual. This means each taxpayer can transfer up to $11.58 million tax free in any combination of lifetime gifts or testamentary gifts (gifts made after death, e.g., by will or trust).

There is an important general exception: federal law allows an unlimited number of annual gifts an individual can make tax free. The current annual gift tax exclusion amount is $15,000 per donee (recipient). Taxpayers can make annual exclusion gifts to as many donees as they would like before reducing or utilizing any of their BEA.

A important recent legislative amendment: Beginning on January 1, 2018, the BEA was increased from $5 million to $10 million as adjusted for inflation. Under the current federal tax code, on January 1, 2026, the BEA—which is now $11.58 million—will revert or “sunset” back to $5 million as adjusted for inflation. Thus, the current federal tax code permits an individual or their estate to utilize the current, increased BEA to shelter from gift and estate taxes an additional $5 million of transfers made during the eight (8) year period beginning on January 1, 2018, and ending on December 31, 2025.

But what happens if you die after December 31, 2025, having transferred more than $5 million in lifetime and testamentary gifts?

Enter an IRS special rule: On November 26, 2019, the IRS adopted a special rule to address just such question. The rule precludes the IRS from recapturing or “clawing back” all, or a portion, of the benefit of the increased BEA used to offset gift tax by persons who make taxable gifts during the increased BEA period, and die after December 31, 2025. The rule ensures that a decedent’s estate is not inappropriately taxed with respect to gifts that were sheltered from gift tax by the increased BEA when made.

But what if a decedent failed to take advantage of the current increased BEA?

*PLEASE BE ADVISED that the foregoing only provides a basic overview of particular provisions within the federal tax code and corresponding regulations, and it not intended to be relied upon for any individual’s specific circumstances. You should consult with an experienced tax professional for personalized guidance.